Controlling Moles & Voles In Your Yard

Depending on where in the country you live, you may have a couple of pests in the landscape that are doing severe damage to your yard and landscaping. I’m just going to come out and say it, and I know that it will make some of you cringe. I’m going to go over moles and voles. We are going to look at their differences and how you can and can’t control them. We will even touch on some positive things related to them, and I know, they do so much damage, how could there be any positive.

What You Should Know About Moles 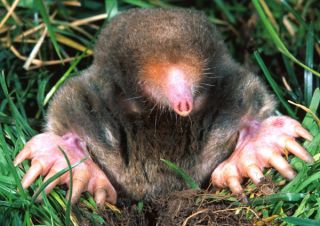 Moles are what they call insectivores. Their diet consists of insects, grubs, and worms. They have no hibernation period, and are active all year long. They live alone underground and rarely come to the surface. We have all probably seen the tunnels that are formed as they travel around. The important thing to note is what type of tunnel you may see on your property. If you are seeing multiple tunnels that are in one area, and are almost in a circular pattern, then they have fed in this area. If you see a generally straight tunnel, they are using this as an interstate to travel from one area to another. This tells you whether you really have a mole problem or not.

Once you have identified the affects the mole has had on your property, you can start to calculate what, when, and how to control the problem. The important thing to note here is: All moles are classified as wild, non-game animals under many state laws. (be sure to check your local laws).

If these animals have no trapping or hunting season designated for them in your area, it is likely you will have to apply for a permit before killing a mole or vole. The main reason for this is, several of the species of moles are becoming low in population. The best way for a general homeowner to control them is by applying a deterrent product. There are several of these on the market, and you may need to try a couple before you find one what works well. The main problem with these is they deteriorate over time with the natural elements, so reapplication is a must. The other way to move them along is to try and prevent their food from being in your landscape. We can reduce their food supply by trying to control the insect/grub population. However their favorite food is earthworms, which are one of the best things you can have in your yard. Unfortunately the best soil in your landscape attracts moles. Controlling moles is definitely a give and take.

I told you I would have some positive things to say, so here we go. Moles keep the population of insects/grubs down in our landscape, almost like spiders do with flying insects or snakes do with rodents. this is a positive, because it is a natural process and reduces the amount of chemicals put out every year for grub control. Moles also aerate the soil by digging and moving which helps oxygen, moisture, and nutrients move more freely in the soil. I know these seem very minor when you are standing in your yard looking at what seems to be a minefield from all the tunnels, but these few positives play a very important role in our landscape.

What You Should Know About Voles 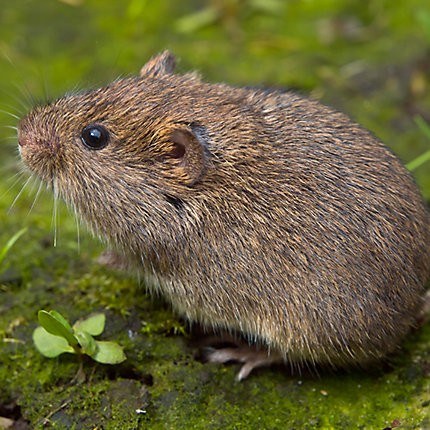 Voles, which are often confused with moles, are rodents. They are very similar to the size of a mouse or small rat, but they do not have a long tail. They are vegetarians, and enjoy feasting on the root systems of our lovely plants and lawns. They also have no hibernation period, and active all year long., They live in groups underground and tunnel some but not like a mole. They actually will use mole tunnels to travel. They will come out on the ground if they feel safe.

The damage from voles is not as noticeable as that of a mole until your plants root system is completely eaten. If you have ever experienced this, you know one day your plant looks fine, and the next it is laying on its side with absolutely no roots left on it. There’s also nothing worse than mowing your lawn, having it looking awesome only to come outside the next morning to huge piles of dirt created by voles. It is completely legal to kill voles (unlike moles). The problem with controlling them is they breed/populate very rapidly, so once you have a few, more are sure to come. There is no great way of controlling them, but the best methods are planting less desirable plants, so stay away from tuberous plants or plants with a fleshy root system. Another method is using deterrent product, but the same will apply as in mole control. These break down in a short amount of time with the natural elements so multiple applications are a must. One other method is to set out traps in areas where you know they are present, and check them daily.

I know some of you out there have read this whole article hoping to find out the positives to voles. Well, I hate to disappoint, but there are no positive aspects that I can think of when it comes to Voles.

I hope this has been helpful, and maybe give you even a little hope to a couple of pests that we deal with on a daily basis.

Become a yard master!    Get tips and ideas for creating a beautiful backyard